2020 has got off to a tumultuous start and there’s a lot of uncertainty around what the rest of 2020 will hold. We thought we’d take a look back at 2019 and the beginning of this year to celebrate some of our rider’s amazing achievements!

Liverpool International, held over the New Year, got 2020 off to a flying start for Red Mills riders with Billy Twomey taking the TheraPlate UK Liverpool International Grand Prix for a remarkable third time in five years, this time with Kimba Flamenco. Mikey Pender and Hearton do Bois Halleux claimed another puissance title, clearing a huge 2m21, sharing the title with three other riders. Harriet Nuttall also claimed two wins at the CSI4* show with Night of Glory O.I. and Silver Lift.

Shane Breen claimed victory in the opening World Cup Grand Prix of the 2020 season at the 4* Longines FEI World Cup in Abu Dhabi, riding Ipswich can de Wolfsakker. Mikey Pender scored a victory at the show, taking the Al Shira’aa Derby. The Breen Team’s Jack Ryan also marked up a win in the U25 Grand Prix. Later in the month Shane Breen landed top spot in the 5* 1.45m in Sharjah and followed it up with another win in the 1.50m just 24 hours later. The Breen Team’s Jack Ryan and Georgia Tame were on flying form in both the CSI 2* & 5* classes, between them taking 6 of the 11 international jumping classes!

Bertram Allen started the success stateside in February, winning the CSI4* 1.40m and the Equinimity WEF Challenge Cup Round 4 in Wellington, making it two wins from two starts in two days on the tour. He then went on to fill two of the three top spots in the $37,000 Bainbridge 1.45m, taking top spot with Lafayette van Overis and third spot with Quiet Easy 4. Capt Brian Cournane also landed a podium place at the Winter Equestrian Festival, taking runner up in the $401,000 Lugano Diamonds 5* Grand Prix.

A host of Red Mills riders also headed out to the Sunshine Tour, including Harriet Nuttal, David Simpson with DLS Showjumping and Nicole Pavitt, with them amassing many placings between them.

Looking back to 2019, it was an astounding year! Results poured in every month from around the globe…

Bertram Allen kicked off the achievements in Basel, Switzerland, where his results crowned him the Leading Rider of the show. Also in Switzerland, Marlon Zanotelli took the CSI2* Grand Prix aboard Icarus. Shane Breen began what was set to be another incredible year with a win on the opening day at the CSI4* Al Shira’aa International Horse Show in the CSI4* with Z7’s Can Ya Makan.

Trevor Breen and Canya Dance flew to victory in two classes, the speed class and the 1m34 2* Accumulator, in Abu Dhabi, making it two wins in two days for the pair. Shane Breen had great success in the age classes, with Regal Don taking the 6-year-old title.

Bertram Allen claimed runner-up finish in the Bordeaux 5* Land Rover Grand Prix with GK Casper. Allens successful streak continued as he guided Christy Jnr to victory in the Longines Speed Challenge in Hong Kong for a second year, having won in 2016.

RED MILLS Riders were prominent in the first 5* Nations Cup of the year. Team Israel finished in second position on the podium including RED MILLS rider Daniel Bluman and Ladriano, who was also 1 of 3 double clears in the competition. Laura Kraut and Confu jumped a spectacular clear round to help Team USA secure Bronze.

Over in America, Brian Cornane and his mount Penelope Cruz were victorious in the CaptiveOne Advisors 1.50m Calssic CSI3*.

Back in Abu Dhabi Shane Breen’s winning streak continued as he stormed to victory in the CSI2* Grand Prix. The luck of the Irish continued when the Irish Team consisting of Shane & Trevor Breen, Mark McCauley and David Simpson took runner up position in the FEI Nations Cup.

Bertram Allen’s globetrotting didn’t stop there as he stole the show in Doha winning the Longines Global Champions Tour CSI5* class with GK Casper. Fellow RED MILLS rider Edwina Tops-Alexander also had a successful start to the LGCT with a 6th place finish in the Grand Prix in Doha with California. Doha saw the start of the Global Champions league, with victory going to the Monaco Aces team of RED MILLS and Foran Equine Rider Marlon Modólo Zanotelli and Jos Verlooy.

The results continued to pour in from the Spain; Dermott Lennon and MJM Pursuit took victory in the John Deere sponsored 1m45 Grand Prix at Vejer De La Frontera. At Vilamoura in Portugal, Michael Pender and HHS Matilde finished fourth in the 3* Grand Prix and had a great few weeks for Hughes Horse Stud, winning 9 classes in total including 5 ranking classes. Jake Saywell continued in top form with Havinia winning the 1.50m ranking class, plus Harriet Nuttall and Billy Twomey took several placings between them.

Heike Holstein recorded an impressive result at the 4* dressage show in Dortmund, Germany, taking eighth place in the Grand Prix Special with Sambuca and secured the first of two qualifying scores required for the 2019 FEI European Dressage Championships.

March also saw the start of the event season and in the UK Austin O’Connor had 6 horses competing at Tweseldown, 5 of which finished in the top 10 of their class. Lauren Blades also got her season underway with a 5th place at Oasby Horse Trials in the ON with Rodnikova Dream and 10th in an OI section with Jesmond Justice.

The eventing success continued in April as Sam Watson added another major title to his collection. Partnered with Imperial Sky the pair kicked off their 2019 eventing season with a fantastic win in the CCI4*-L at Ballindenisk International.

In Mexico, Scott Brash claimed two top spots in the LGCT CSI5* with Hello Mr President. The Global Champions League also headed first to Mexico, where Bertram Allen helped Valkenswaard Unite into the lead and an individual third place. Then to Miami, where flawless performances from Shane Breen and Michael Duffy helped Miami Celtics to a fantastic win.

Heike Holstein and Sambuca recorded an excellent third place, with 74.915%, in the 4* Grand Prix Freestyle to Music at Royal Windsor Horse Show show in the UK. A 70.37% score also saw the pair claim 5th place in the Grand Prix, which qualified them for 2019 FEI European Dressage Championships.

History was made in June as Mikey Pender was crowned the youngest ever winner of the Hickstead Derby. He produced the only double clear of the competition with Hearton Du Bois Halleeux. It was a 1-2-3 for RED MILLS riders with Harriet Nuttall in second and Shane Breen in third.

Sam Watson’s success continued as he was part of the Irish Eventing team that secured second place in the FEI Nations Cup at Camphire International Horse Trials. Ireland had risen from fifth place after Friday’s Dressage, to second place after Saturday’s Cross Country when all four Irish riders jumped clear. To top off the event Sam took the individual win in in the CCIO4*-S with Imperial Sky.

History was made in August when the Team Ireland Dressage Team secured their Olympic qualification in Rotterdam, helped to victory by Heike Holstein. Heike then went on to become the Irish National dressage champion for a record breaking 13th time.

After four podium placings at internationals through the season, Alex Bragg and Zagreb claimed top spot at Gatcombe CCI3*-S.

Alex and Zagreb continued their form to finish in fourth at CCI5*-L at Pau.

In the UK, Harriet Nuttall and Galway Bay Jed take first place in the CSI3* Take Your Own Line at Horse of the Year Show. Bertram Allen and the 8-year-old gelding Lafayette Van Overis were in flying form at Tryon where the pair had two 5* wins include the 1m45 Speed Stakes and the 1m50 Classic. Meanwhile, Hello Senator continues Scott Brash’s success in St Tropez, taking two wins in the CSI4* at Grimaud.

Bertram Allen and Scott Brash both won Longines FEI World Cup Grand Prix events. Incredibly both riders were last to go in their respective jump-offs and clinched their victories in epic style. In Toronto, Canada, Bertram partnered GK Casper to the top on the gelding’s World Cup debut. Meanwhile in Italy Scott took first place in the 5* Grand Prix in Verona with Hello M’Lady as well as a win with Hello Shelby.

Mikey Pender showed why he is among the most talented young riders in world showjumping by sharing victory in the Puissance at the 5* Olympia Horse Show in London. Again partnered with Hearton Du Bois Halleeux, the pair cleared the wall in the final fifth round at a height of 7ft 2in, sharing victory with William Whitaker.

Scott Brash finished the year in style when he took the Turkish Airlines Grand Prix at Olympia with Hello Vincent. Fellow Red Mills rider Edwina Tops-Alexander had looked unbeatable when she jumped clear setting a time 35.05 seconds to beat. However, last to go Scott twisted his way round the course before pushing his foot down on the pedal and galloping to the last to claim victory and seal a Red Mills 1-2. What a way to top off a great 2019 for Red Mills riders! 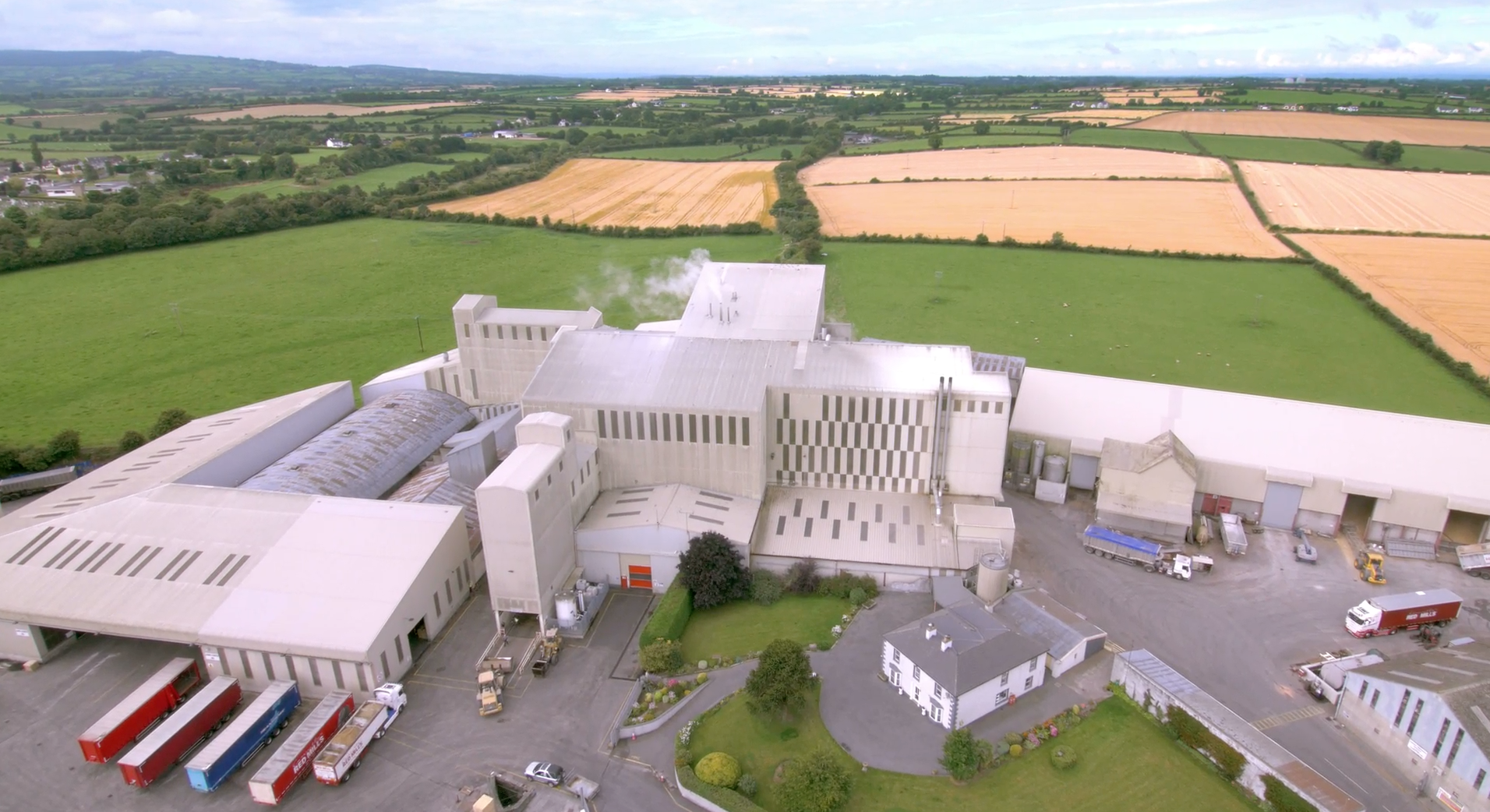 Business as usual – We’re here with you 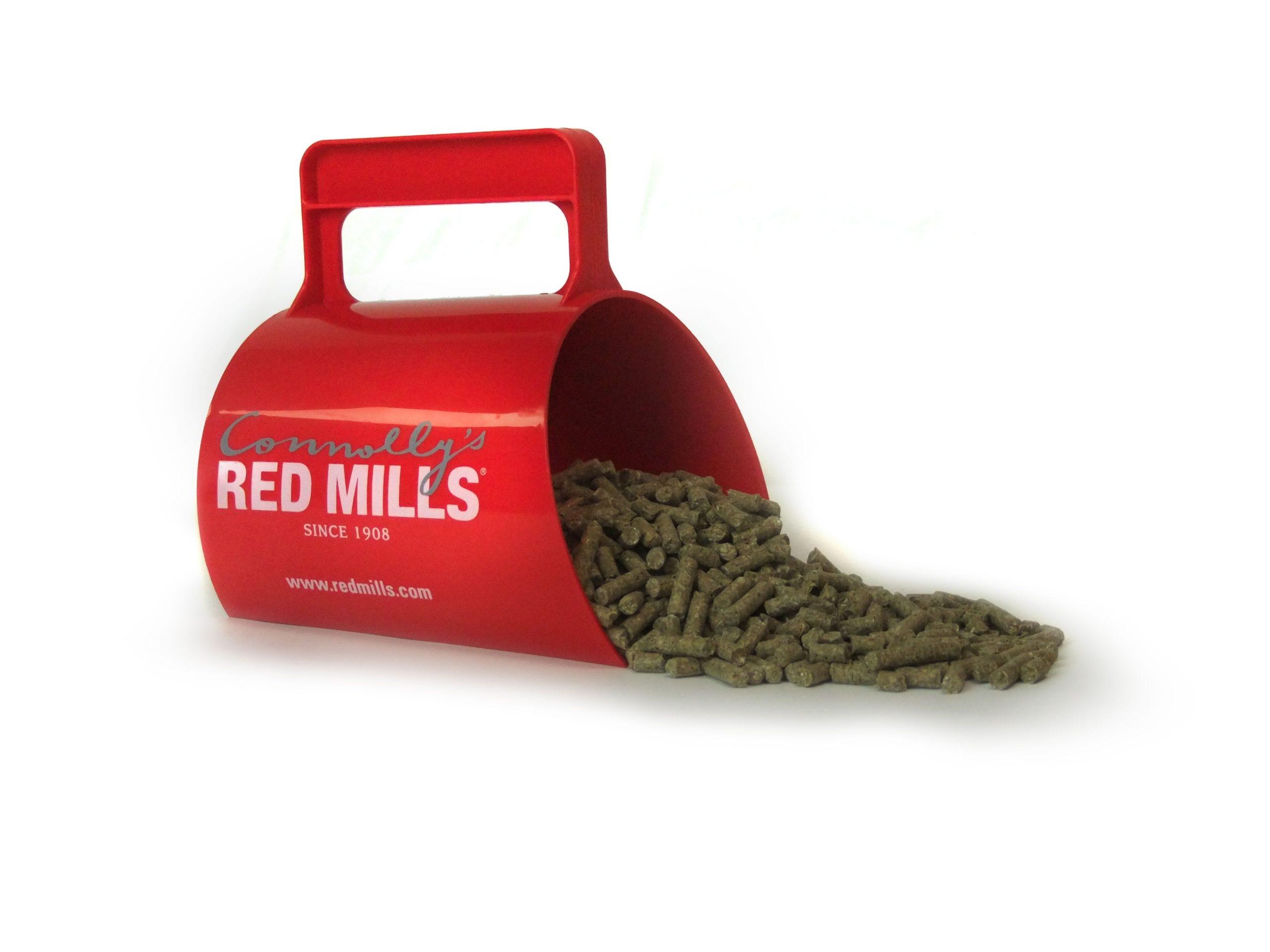