The broodmare can provide all the foal’s nutritional requirements for growth, development and immune protection up to three months of life.  Getting everything right for the mare and foal can be challenging; how this period from birth through to weaning is managed can significantly impact the future performance and health of the young horse.

First and foremost, it’s important to ensure that the newborn foal receives good quality colostrum which will provide the foal with a vital source of antibodies, necessary for initial protection from disease. Thereafter the main source of nutrition for the nursing foal is mare’s milk.

Read more about the importance of colostrum 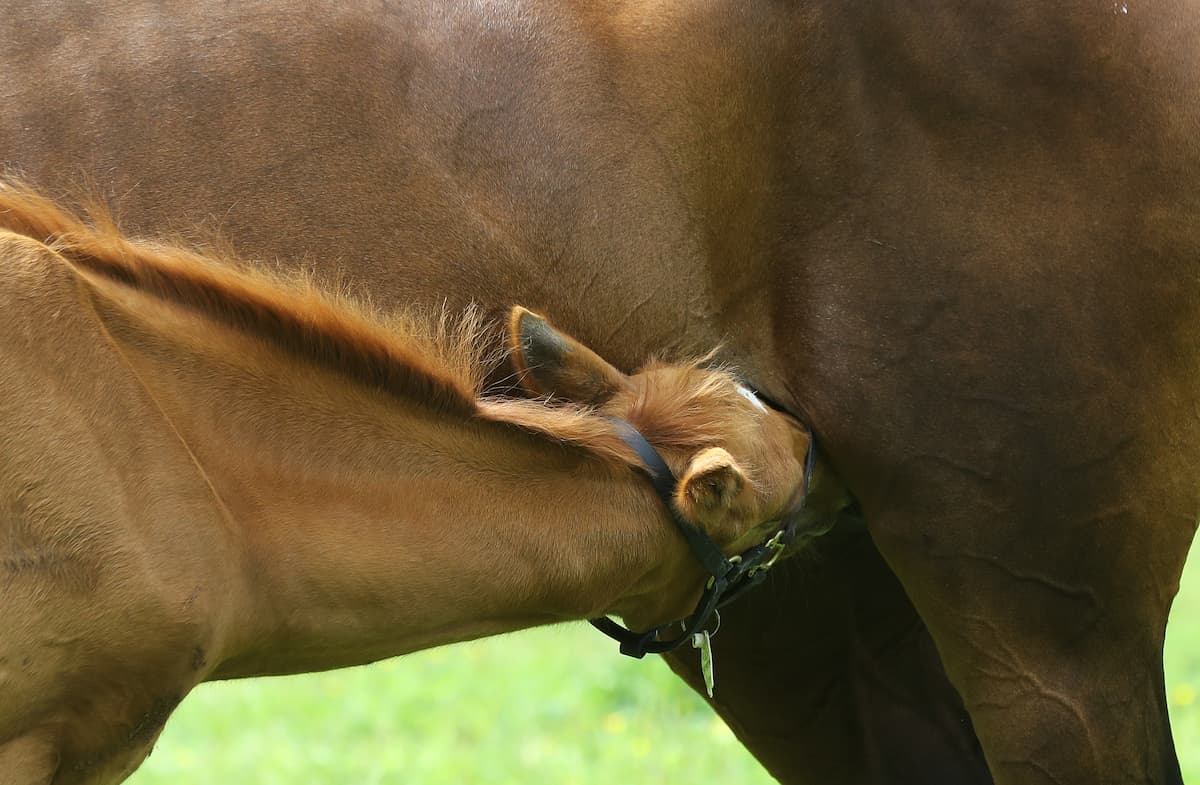 The mares milk provides the foal with calories and vital nutrients needed for good health and growth.  It is important that the lactating mare receives a balanced diet to optimise the quality of both her colostrum and her milk. The main energy sources in mare’s milk is lactose and fat, and the two primary proteins are whey and casein. The mineral content of mare’s milk is low compared to the milk of other species such as cows, sheep and goats (see table 1).  To combat this natural deficiency the equine fetus will store minerals, such as copper, in its liver during late gestation and then utilise these mineral stores during the first few months of life.

On average, a foal will consume around 23% of its bodyweight as milk per day.  As the foal grows the proportion of milk consumed per kg of bodyweight per day decreases.  For example, a Thoroughbred foal with a birth weight of 50kg will consume approximately 8-11 litres of milk on day one (Table 2) and will typically gain 2 to 3% of their body weight daily thereafter.  As the foal’s bodyweight increases so will milk intake and by approximately 6-8 weeks of age, the mare will reach peak lactation and a foal will consume in the region of 18 litres milk/day.

Providing that the foal is active, alert, nursing and sleeping regularly there should be no cause for concern. However, if the foal is weak, sleeping or drowsy for long periods, and/or constantly under the mare looking to nurse, the mare’s milk production should be questioned.

If the foal is physically unable to nurse (e.g. contracted tendons) alternative routes of nutritional support will be required. Veterinary advice should always be sought at such times, to determine why the foal isn’t nursing and identify any other possible problems both with the foal and mare.

If the milk yield of a mare is reduced or very poor, then supplementary feeding of the foal will be required. Consideration should be given to determine why milk production has reduced.  A young foal’s gut is not fully prepared for solid food in the first few weeks of life so supplementary milk either from another mare or a commercial milk replacer can be used. The milk replacer should provide optimal nutrition which mimics the mare’s milk as closely as possible.

Bottle feeding is appropriate but should only be carried out by an experienced stud hand due to the risk of aspiration pneumonia.  Bottle feeding may also lead to behavioural problems and the foal will require more time from the handler. Ideally the milk replacer should be presented to the foal to accommodate bowl feeding. The foal should be able to visit the bowl as often as it would suckle from the mare with the bowl placed at the foal’s chest height.  Great care should be taken to mix the powder with water according to manufacturer’s guidelines to prevent the incidence of digestive upsets.  Consumption of milk replacer should be monitored carefully, along with body condition.  Where possible weigh the foal daily to monitor average daily weight gain.

As the foal gets older a creep feed should be gradually introduced alongside the milk replacer. The foal’s curiosity will allow him to investigate and slowly begin to consume the feed.  Connolly’s RED MILLS Foal Pellets provide an excellent creep feed for foals from 3 weeks of age onwards. 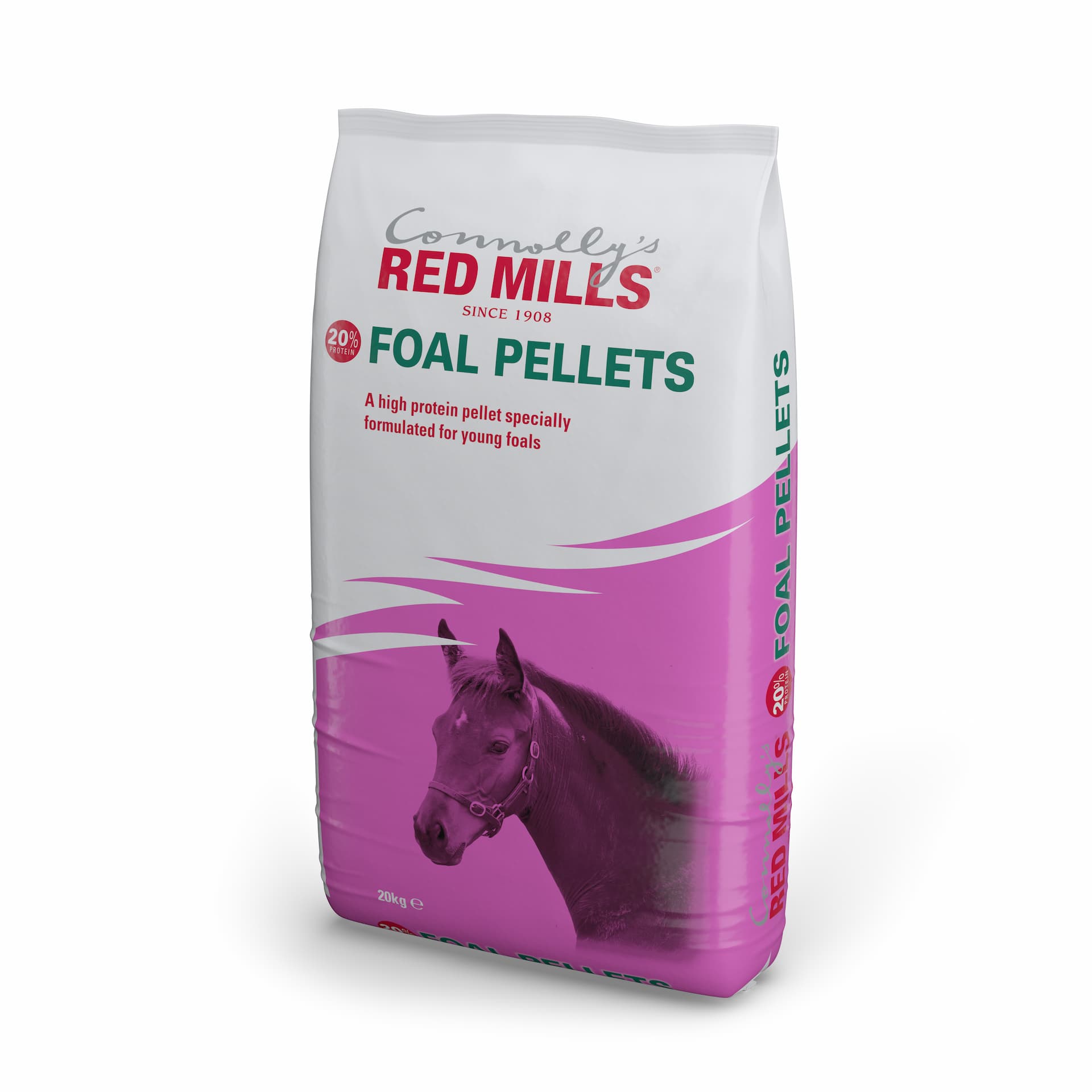 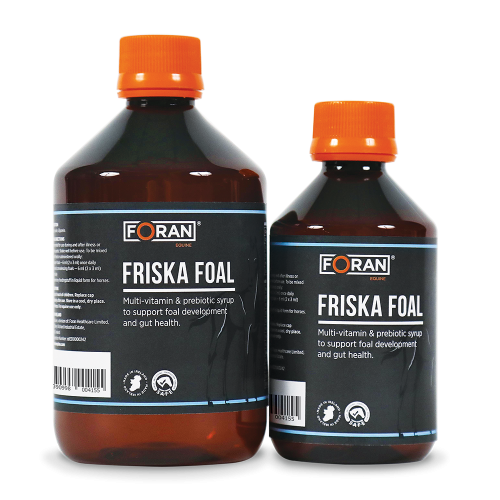 Multi-vitamin supplementation is useful for young foals that have, or are recovering from, health problems. Foran Equine Friska Foal is a multi-vitamin and prebiotic supplement specifically formulated to support the foal’s nutritional needs during times of illness or stress, such as travelling. Given by mouth once daily, Friska Foal is a pleasant tasting supplement, which is a great advantage when administering oral medications to foals for several days. Friska Foal is safe to be used on newborn foals and many studs incorporate its use into the standard management of all foals for the first weeks of life.

Orphan foals must be carefully managed by experienced handlers, with lots of support from your vet and nutritionist.  When orphaned from birth priority is to provide antibodies either by a donor colostrum or by an intravenous supply of hyperimmunised plasma.  Once colostrum demands are taken care of a supply of donor mares’ milk, milk replacer or ideally the provision of a foster mare should be sought.  When a well-established nursing foal is orphaned, careful consideration for the stage of development should be taken when deciding on how best to supply its nutritional requirements.  Your vet and nutritionist will further advise you at these critical times.

Foals are innately inquisitive and therefore usually start to show interest in whatever their mare is eating a few days after birth.  Once the foal is 3 months of age, the nutritional value of the mare’s milk naturally declines.  At this stage it is important that the foal has been introduced to a suitable creep feed.

Creep feeding is a feeding method for youngstock where hard feed is introduced to the foal in a way that ensures the mare cannot gain access to it.  In recent years, the traditional methods of feeding young foals have been challenged. Previously the “all they can eat” approach was familiar to most stud managers; however, this is not considered ideal anymore as it is now recognised that over consumption of rich concentrate meals can lead to several problems. These include digestive issues, obesity and excess stress on the musculoskeletal system, leading to accelerated growth and the associated effects such as lameness, swollen joints (physitis), osteochondrosis dessicans, flexural and angular limb deformities, and juvenile osteoarthritis, many of which are better known as Developmental Orthopaedic Disorders (DODs).

The right time to introduce Creep Feeding should be considered on a case by case system. Studs will routinely introduce some concentrate to the foal by 6-8 weeks of age. If the foal has been compromised in some way or is considered weaker or behind the other foals, then creep feeding could be introduced as early as three weeks. 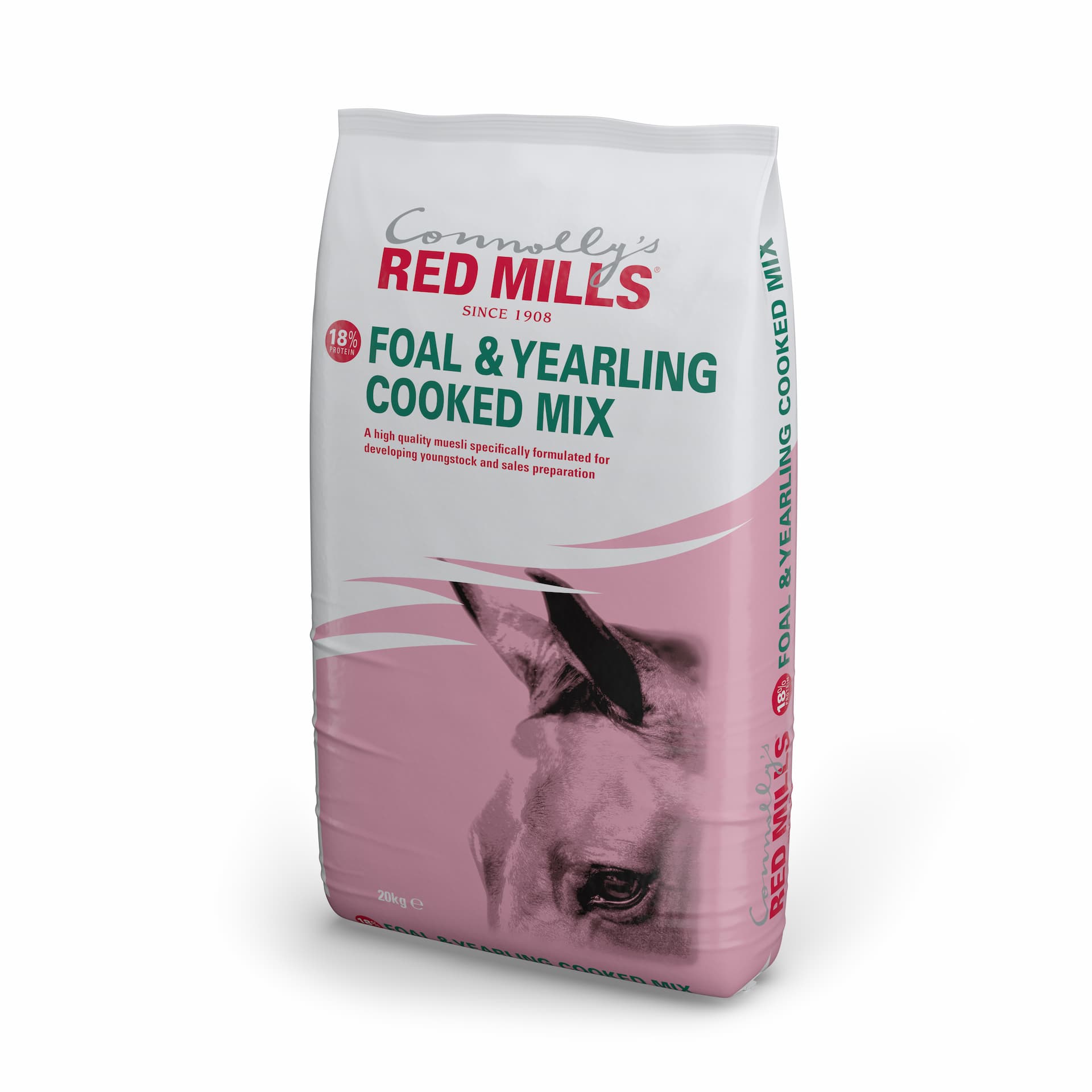 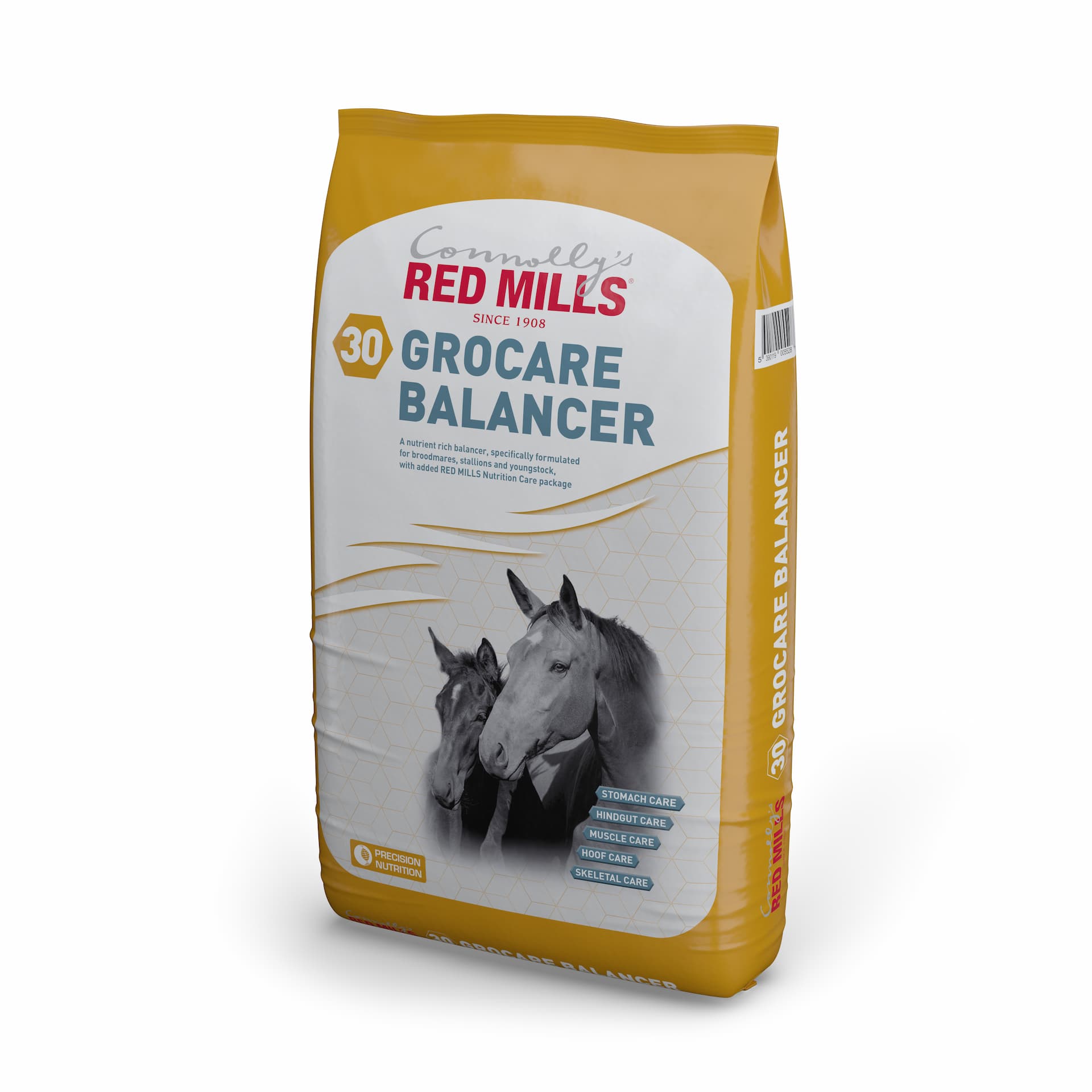 Foals that are doing ‘too well’ on the mare and appear at risk of developing epiphysitis are recommended a specialised creep feed to reduce calorie intake but allow vitamin and mineral intake to remain high in order to support balanced growth and development.  In such circumstances a stud balancer pellet which can be fed in small quantities, such as Connolly’s RED MILLS Grocare Balancer, is an ideal addition to the foal’s diet.

Consistent intake of nutrients is key to optimal growth rates. Foals that have accepted creep feeding in advance of weaning will often find the weaning process less stressful than foals that have not been introduced to hard feed prior to weaning. Maintaining consistent feed intakes and growth rates at this critical time has been shown to reduce the incidence of DODs. Read more about the nutritional management of foals through weaning.

A foal’s ability to digest forages comes as more teeth erupt, and the gut microflora required for the digestion of forage becomes established.  Young foals are commonly seen eating their mares’ faeces, a behaviour known as coprophagy. It is believed that this is vital for establishing a diverse, functioning gut microflora capable of forage fermentation.

Ensuring your foal receives; quality colostrum, an adequate milk supply, and an introduction to hard feed prior to weaning, will all be instrumental to producing strong and sound performance horses. Over or under consumption of feed at a young age can lead to periods of accelerated or retarded growth, which could predispose them to future skeletal abnormalities.  Treating each foal as an individual to provide a balanced diet will ensure they are well prepared for life without the mare and for the challenges that training and competition will place upon them.

For further information on the nutritional management of the nursing foal please Get in Touch with our Team of Experts. 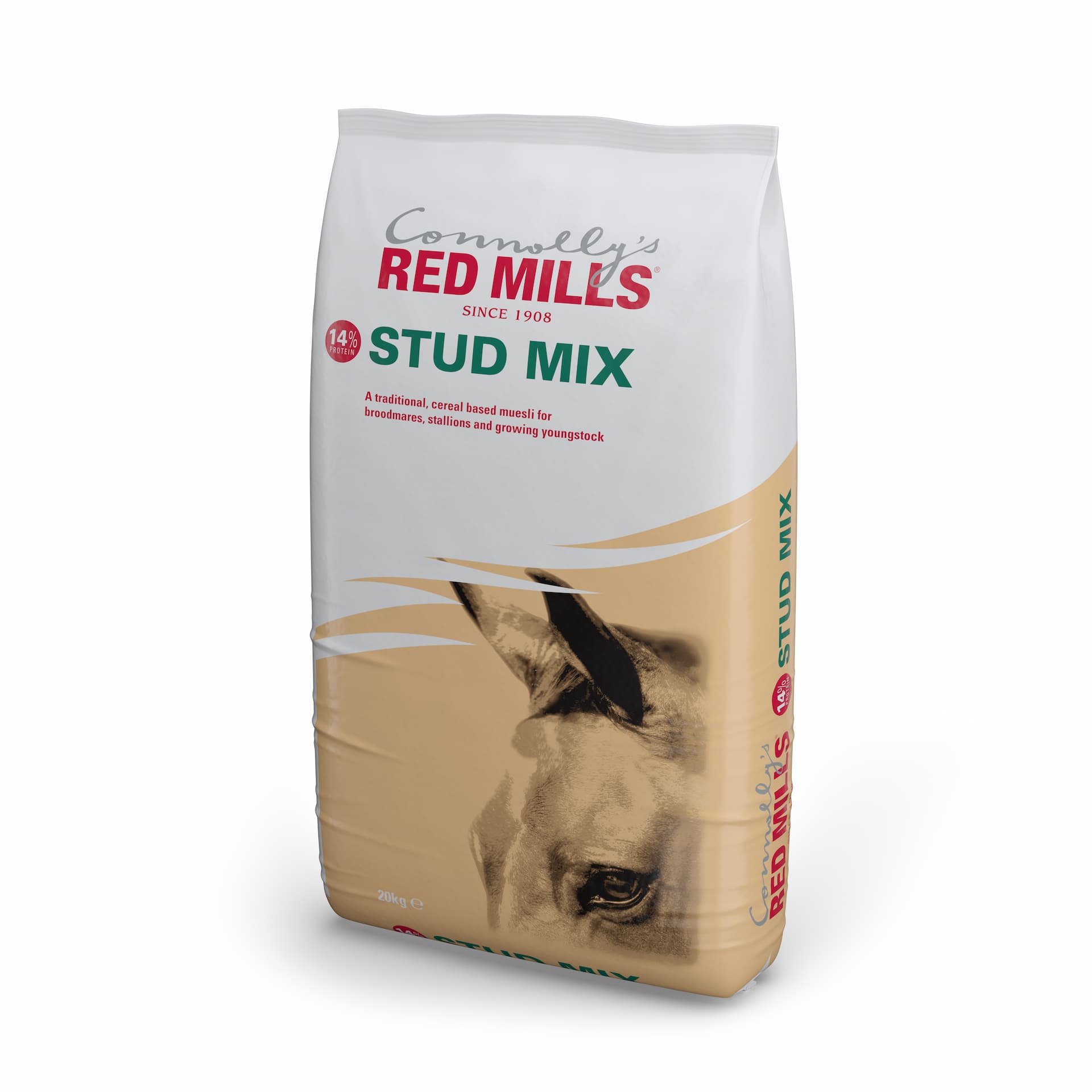 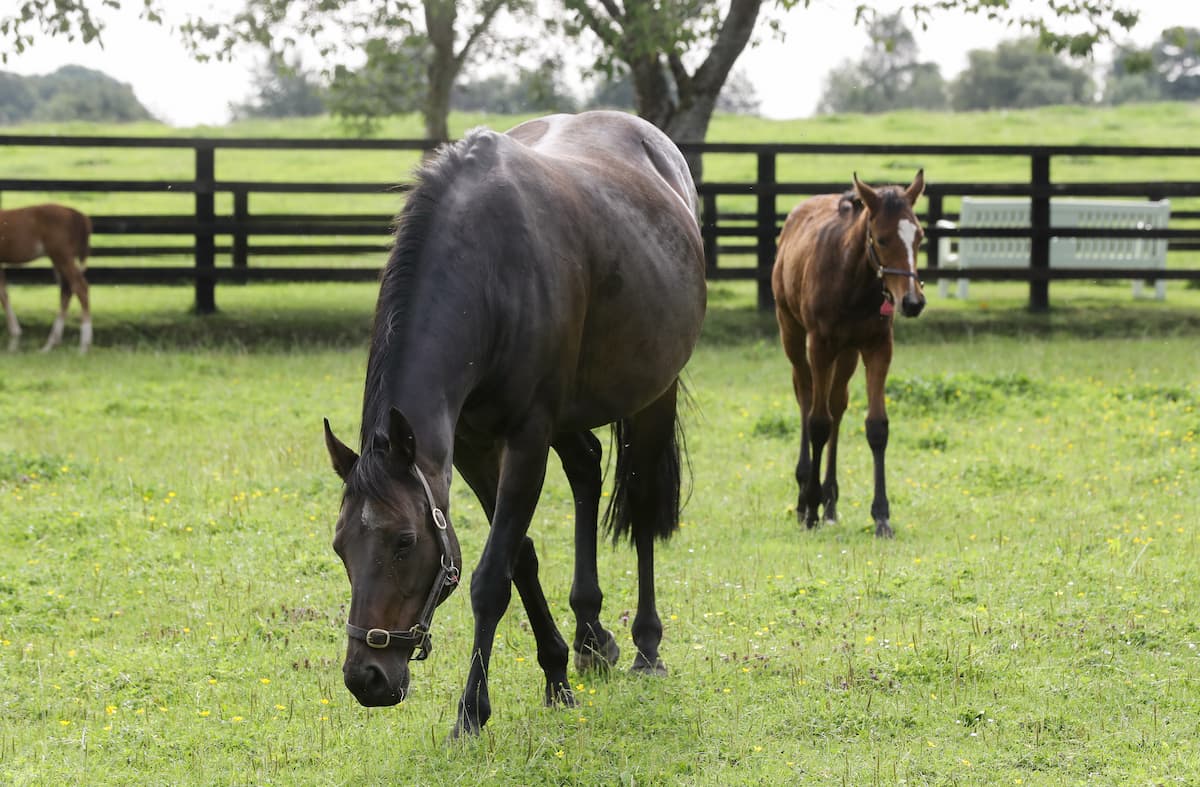 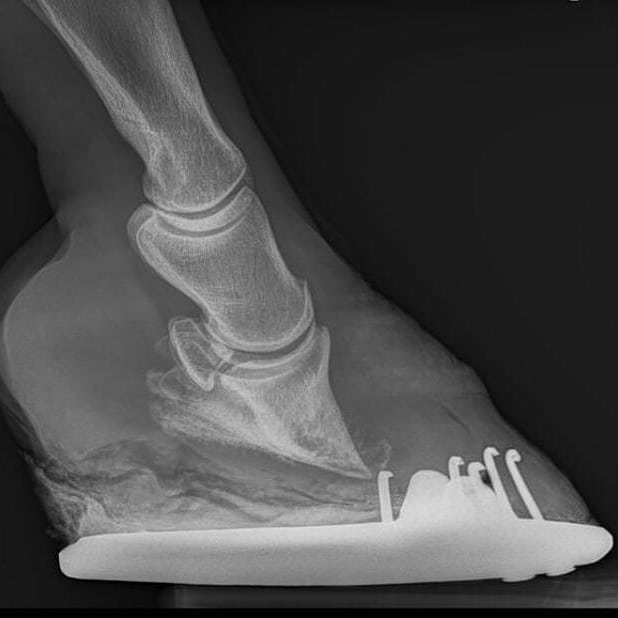 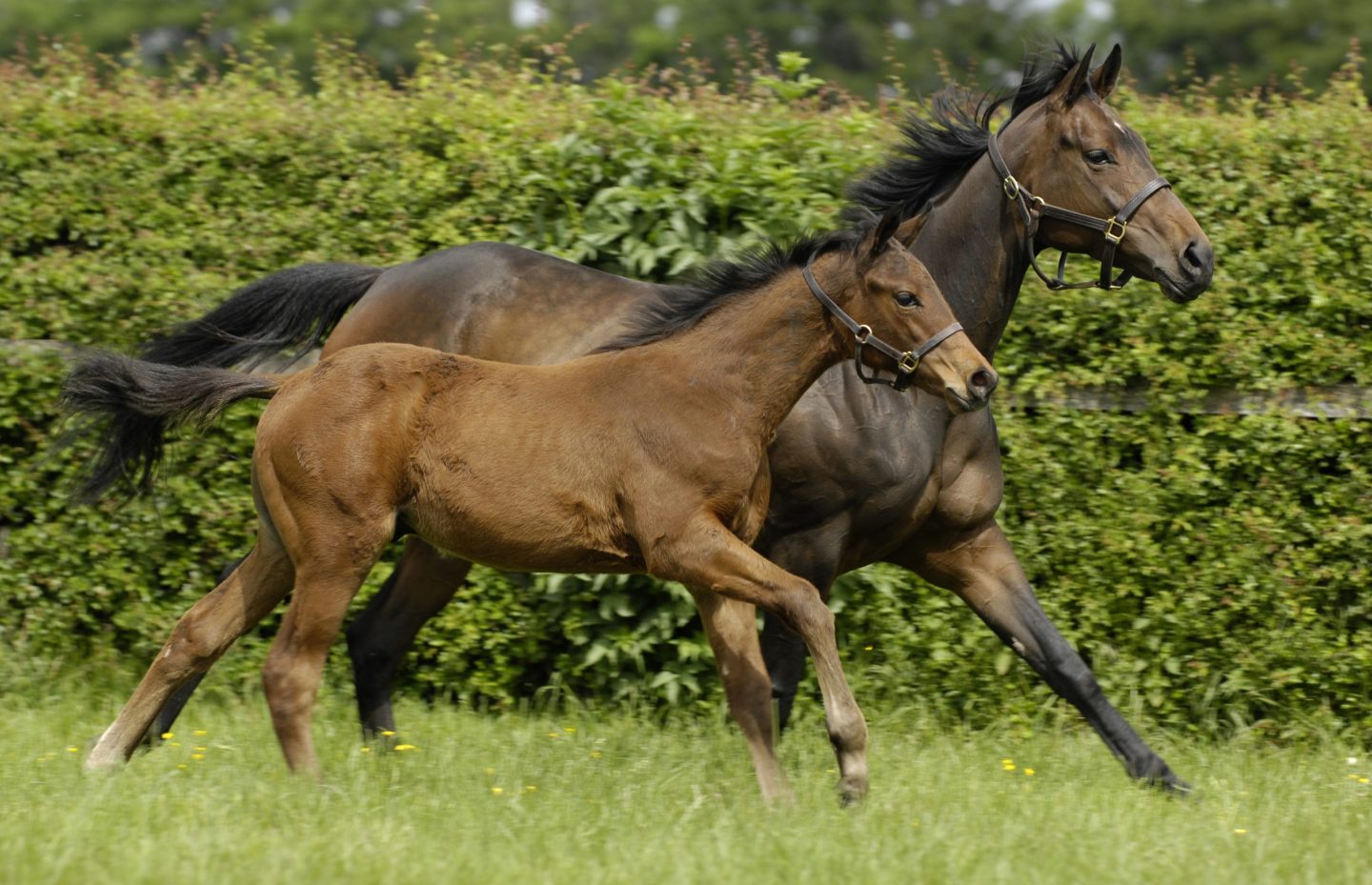 Care of the maiden mare for breeding after racing